This selection of countries comprises 58% of the world’s population and represents 75% of the global economy. The Glocalities model is based on values from everyday life. For more information, check the Infographic. 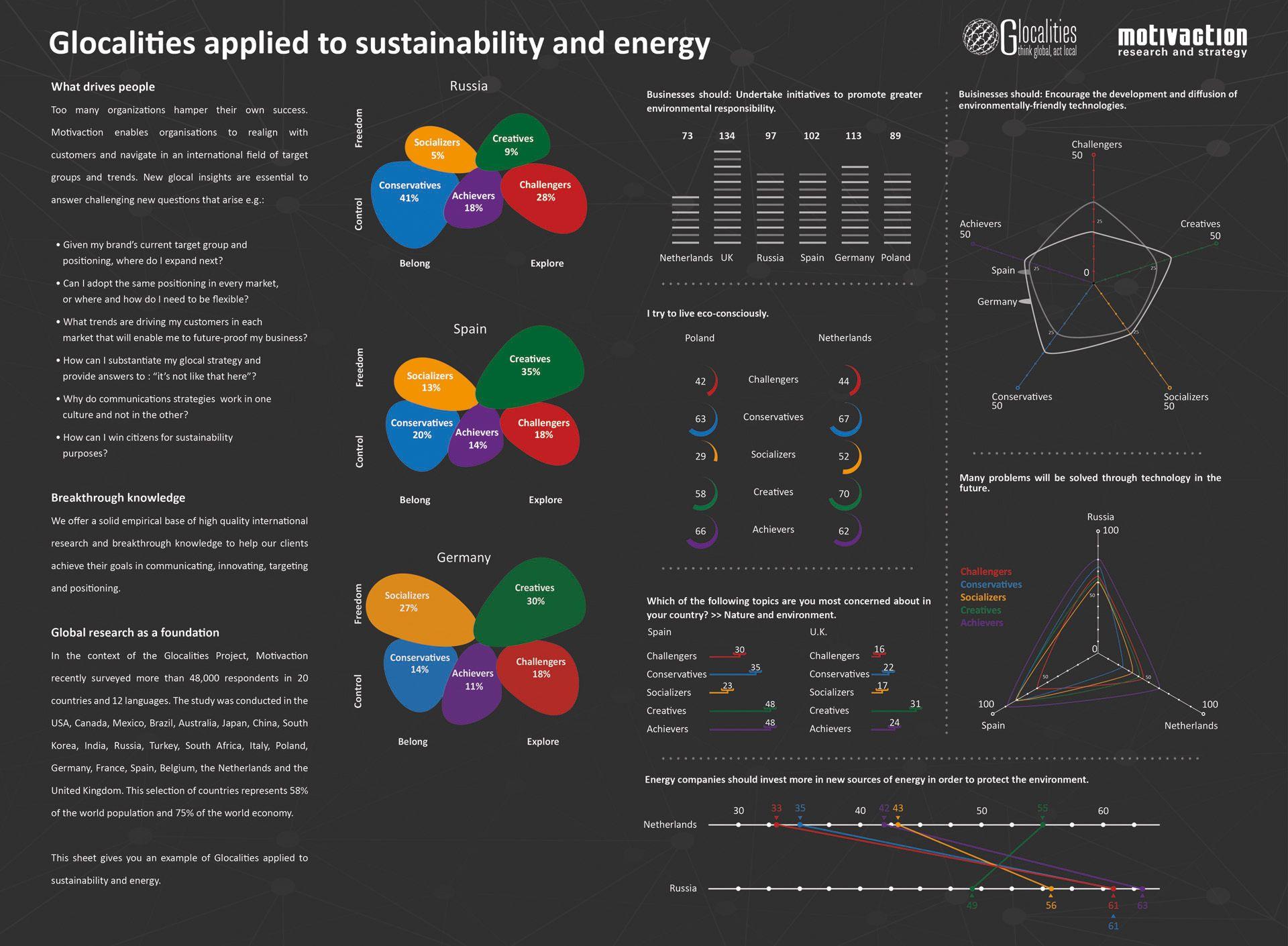 Glocalities offers you the following: