Just 62 people own as much wealth as the 3.5 billion people in the bottom half of the world’s income scale, the charity Oxfam reported on Monday in its annual study of inequality, which found that the gap between rich and poor has continued to widen at an alarming rate. As recently as five years ago, the fortunes of 388 billionaires were needed to reach that halfway mark.

The study — released before the world’s business and government elite gather at the annual World Economic Forum in Davos, Switzerland, this week — noted that a global network of tax havens contributed to the divide by allowing the rich to hide trillions of dollars in assets from their countries’ governments.

“Tax havens are at the core of a global system that allows large corporations and wealthy individuals to avoid paying their fair share,” said Raymond C. Offenheiser, president of Oxfam America, “depriving governments, rich and poor, of the resources they need to provide vital public services and tackle rising inequality.”

Oxfam said publicly available data on some 200 companies — about half of them described by the World Economic Forum as its strategic partners — showed that nine out of 10 had a presence in at least one tax haven, including the Cayman Islands and Switzerland itself.

The banking sector plays an essential role in the tax-haven issue, the report notes — just 50 big banks manage a majority of offshore wealth. At the same time, the financial sector is a prime source of rising inequality; one in five billionaires comes from that industry.

The global economy has more than doubled in size in the last 30 years. Its value reached nearly $78 trillion in 2014. But even as countries like China and India have built a vast middle class almost from scratch, those gains have disproportionately flowed to those at the very top of the income ladder.

Workers in nearly all of the world’s most developed nations and in most developing countries have been getting a smaller and smaller share of the pie, Oxfam notes.

In a separate report released on Monday, the Dutch research firm Motivaction International said that at least some of the world’s high earners could be recruited to join a campaign to reduce inequality. The firm surveyed more than 48,000 people in 20 countries who are part of the top 5 percent of income earners.

“There’s a huge divide not between the rich and the rest of the population but between the social- and the self-oriented rich,” said Martijn Lampert, Motivaction’s research director. The self-oriented “do not like to step outside the rich bubble,” he said, but the social-oriented “get more involved, have more compassion and have more contact with what is happening elsewhere in society.”

“They are in a position to work together with mainstream segments to make change happen,” Mr. Lampert said.

Jeffrey A. Winters, a political scientist at Northwestern University who studies economic elites, said the Oxfam report highlighted what has been an acceleration of wealth accumulation among a few individuals. Even within the tiny slice of the top 1 percent, the gap between the ultrawealthy and everyone else in that group has been growing, he noted.

“These are unprecedented levels of stratification in all of human history,” Mr. Winters said, whether compared with ancient Rome or authoritarian dictatorships that exert near-total control of a country’s resources. “No other system has concentrated wealth as much as this system has.”

Oxfam pointed to a number of trends including deregulation, privatization and financial secrecy that had “supercharged the age-old ability of the rich and powerful to use their position to further concentrate their wealth.”

According to the Motivaction report, wealthier people in general have more faith in governments, multinational companies and the legal system than the rest of the population. They tend to be more distrustful of religion and trade unions.

The survey also revealed that the rich who were considered more social-minded tended to work for smaller companies and were more optimistic. By contrast, the self-oriented have “a more fatalistic attitude, often believing in the existence of a particular destiny for every individual, which one cannot deny or escape.”

“They are more likely to expect that nothing will change, therefore doubting whether it is worth to try,” the report said of the self-oriented.

But even these individuals might be influenced by the philanthropic initiatives of business icons they admire, like Mark Zuckerberg or Richard Branson, the report said.

Mr. Winters, of Northwestern, noted that the Motivaction survey did not capture the ultrawealthy, but a much broader segment that, at least in the United States, included people who consider themselves to be upper middle class. And whatever their public spiritedness, he says, the most promising way to reduce inequality is through policy and tax changes rather than the good will of people at the top.

“We can adopt policies that make it harder for the ultrawealthy to shape our government and our society,” Mr. Winters said, “or we can do what we have been doing, which is greatly facilitating the ability of the rich to shape society.” 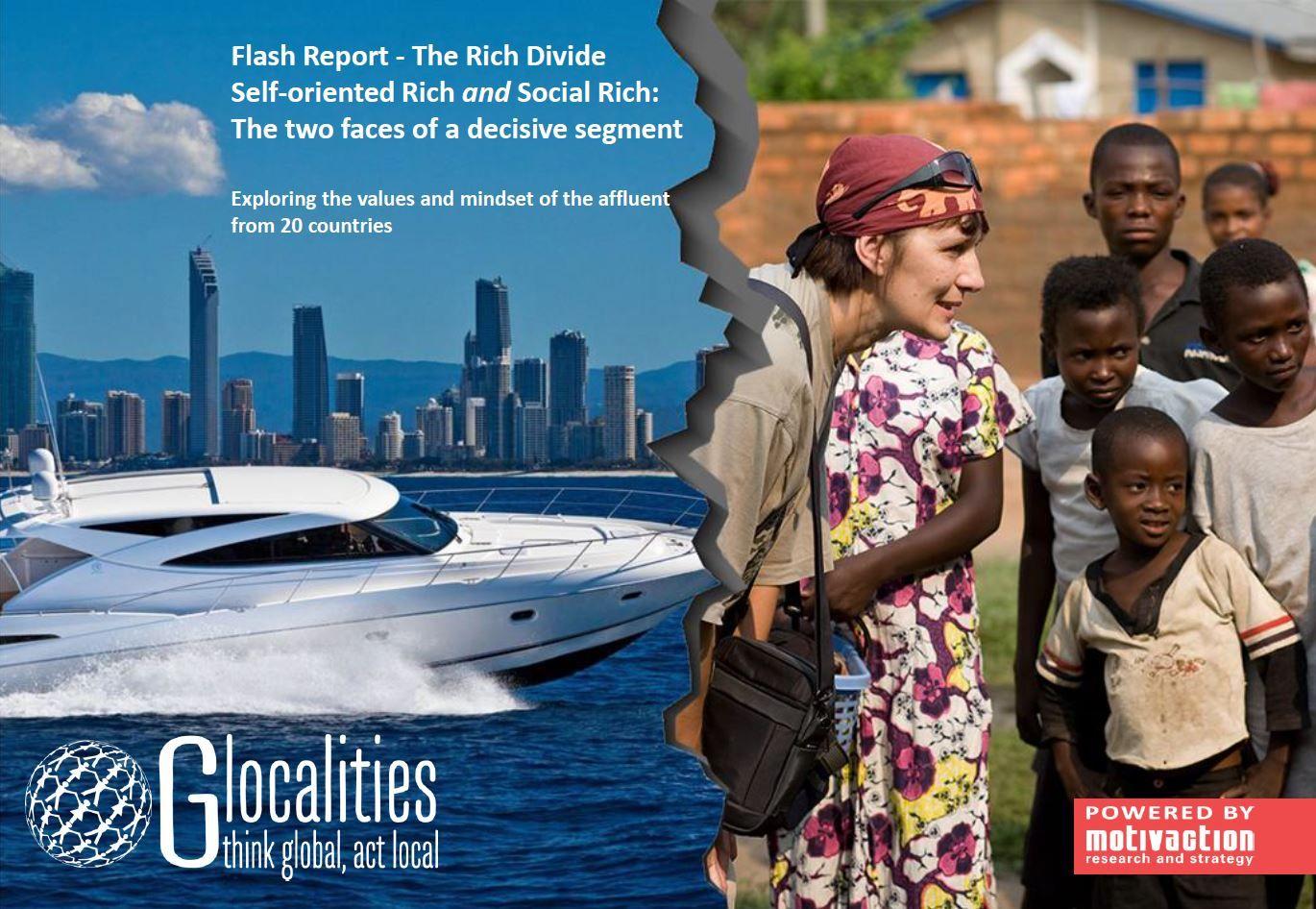 Why elites are failing and people revolt